The Definitive Map can be viewed at the County Council Offices, selected libraries or by contacting the Clerk to the Parish Council. Due to map licensing restrictions copies cannot be made.

Rights of Way and the law

Footpaths should be one metre wide and bridleways 2 metres. A land owner should reinstate them after ploughing, seed sowing etc within 14 days. Bridleways are open to horses and horse drawn vehicles. Cyclists are also permitted to ride on bridleways (not footpaths - they should dismount and push their cycles), however the land owner is under no obligation to create a surface suitable for cycling. No motor powered vehicles are permitted om either bridleways or footpaths. Further information can be found on the Law and Environment website

Due to the Map copyright laws it is not possible to show it here so the image below has been created by Woodford Parish Council as accurately as possible. Any queries with regard to the image routes shown below should initially be sent to the clerk at woodfordpc.co.uk. Please note that in some parts of the parish the walked routes differ significantly from the legal route, some footpaths look like bridleways and some bridleways like footpaths. More.

Bridleways are shown in green and footpaths maroon

Use mouse wheel to zoom in or  click "broken" square at top right hand corner of image to open in a full window.

Connecting footpaths in neighbouring parishes will be added shortly.

Please refer to the map above as to whether a right of way actually exists and what type it is. The following photographs show some of the anomolies around the parish. 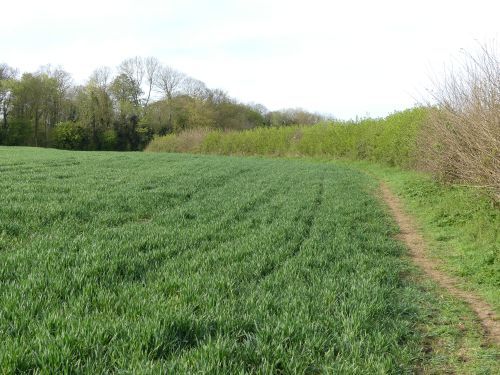 Despite the narrowness, this is the bridleway (PE2) between Alledge Brook and Woodford Shrubbery 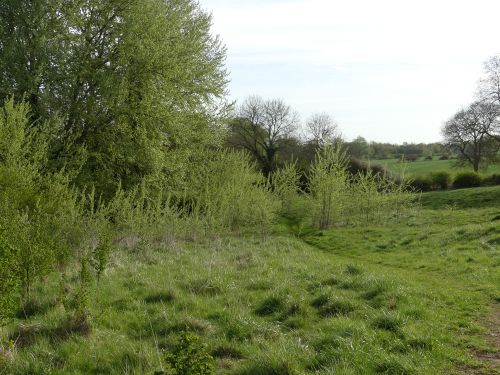 The reverse view (PE2 bridleway) looking downhill towards the brook 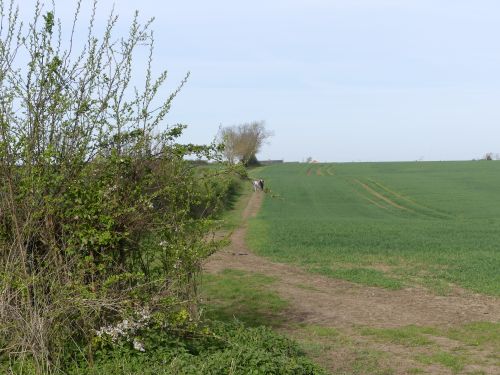 Despite a fairly well defined track running west from the north end of the Shrubbery (in the direction of Alledge Drive), legally there is no public right of way where this couple are walking. 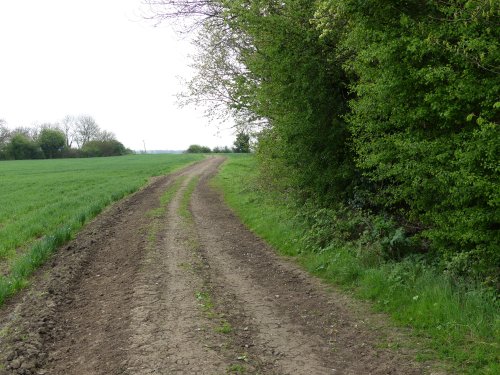 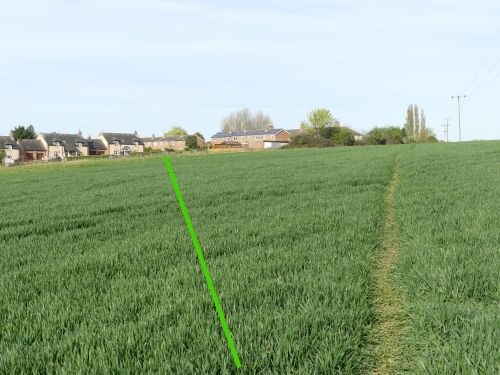 This well walked path (PE5) between the stile at the south west end of The Shrubbery and the Leys, is a popular route, however there is no legal footpath, the correct route is to Trailli Lane as shown by the green line